The term "business fraud" refers to a purposeful deceit made by various fraudsters with an intention of dishonesty. The frauds are illegal and are designed by perpetrators for their unlawful gain. The business risks can be also termed as profits earned unethically. The risks are unavoidable in nature and affect corporate houses adversely. It is crucial for entities to detect such threats at early stage as it might affects the objectives and the overall revenue the company.

Introducing www.corporateinvestigators.com, an online venture designed with a purpose of protecting clients from being affected with business threats. We are capable of detecting misinterpretation in the facts and deliver finest range of corporate investigation services in Angola. Our client base include various Law-firms, Fraud Examiners, In-house counsels, International Process Servers, International Private Investigators, Corporations, Exporters, Insurance Companies, Financial Institutions and other private individuals from all across the region.

Our company is the most trusted source when it comes in identifying illegal acts made by fraudsters. With proprietary databases and research we are able to conduct effective corporate investigations in the Angola.

Our extensive range of corporate investigation services in Angola include:

Our special analysis to protect the business fraud include internal audit and external audit, inventory check, transaction check, employee attendance record (time of fraud which has occurred), and other internal details for future preventions of fraud threat.

Our company is equipped with world’s best corporate risk investigators with immense knowledge and years of experience are able to provide best customized solutions which allows them to see a glimpse of their expected future. The overall solutions delivered includes all relevant facts required to by clients to make an informed decision. Each and every case undertaken by our professionals are handled with utmost care. They are well trained to uncover assets as well as various hidden fraudulent acts which are not easy to detect and analyse. We offer top quality Corporate Due Diligence Investigation Services at large scale. We protect clients prior by investigating business entity or individual targeted to make an agreement or conduct any exchange of transactions. With immense knowledge and expertise of a decade, we examine the liabilities, financial credibility’s or criminal activity of the second party. Our action ensure that very uncertainty is avoided and clients are able to facilitate business decisions.

Our reliable team of corporate investigators in Angola strive hard to attain desired results by our clients. The results delivered by our experts re based on real facts are effectual for clients to change their strategies and plan of action. Every case undertaken by they are done by adhering to all terms of confidentiality.

Our strong and healthy relationship with all our local or international associates makes us be tbest investigative service providers in all areas of Angola including Luanda, N'dalatando, Huambo, Lobito, Benguela, Cuito, Lubango, Malanje, Mossamedes, Soyo, Cabinda, Uíge.

To obtain more comprehensive information related to our services or to hire our expert team of private investigators in Angola, kindly email us at [email protected]. 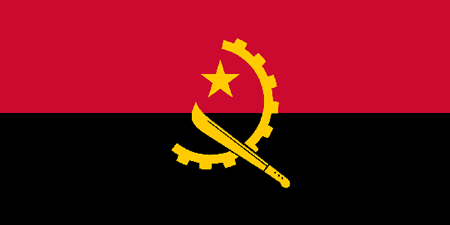