He acquired a photography degree from the Still Photography School of United States army. He got similar training from the Photo Lab of Philadelphia Police force and International Council of Evident Photographers. He started photographic career at West Point area of US Military Academy, where he served for three years from 1964-1967.

During this period, he acquired huge skills for being an expert legal photographer and proficient security person. He worked as an investigator, executive protection agent, security consultant, legal photographer, fugitive recovery agent and a law enforcement firearms instructor.

He also worked as a freelance investigator to conduct effective investigations on organized crimes and rackets for United States Secret Services and FBI. He was appointed as a freelance photographer for United Press International & Life Magazine published in New York. Besides, he worked to offer his enriched experience to some of the reputed government organizations like United States postal inspectors, London Metro Police (Scotland Yard), the Intelligence division of Mexico Customs, Nationalist Party of Taiwan and Defense Ministry of the Philippines.

His expertise was also utilized by the embassies and consulates of many nations. He was appointed an instructor in department of Defence Ministry of the Philippines, consultant to King Fahd bin Abdul Aziz, of Saudi Arabia & and Detective Division of the Palestine Authority Police Department. In 2004, he was hired for investigating the shooting of President Chen Shui-Bian in Taipei Taiwan China.

He retired from armed services after giving a lot to the government units and civil societies. But, the demands of his services never came down even after his retirement. He was called by numerous security companies, businesses, governments, individuals, police, insurance companies and attorneys, to extend his valuable support.

In the later years, he worked as the managing director in the International Detective Services Limited located in United States of America and England. He also served as the Vice President for international investigations in a firm named Target Research & Investigative Corporation located in New York City.

In his career, he got many awards and commendations from his senior officers. He was voted as the recipient of "Most Outstanding International Investigator of The Year" award by the World Association of Professional Investigators, at the 4th European Detective Congress in London England. He got the prestigious Chief Justice Brennan award from the Volunteers of Indigent Program (Legal Aid) Philadelphia PA.

His valuable advices and opinions on a majority of cases related to locating missing persons & fugitives, insurance defence, backgrounds of individuals & companies, protection of information, personnel, equipment & property, criminal/self-defence investigations and cases of homicide and international borders crossing became major requisites of many individuals, civil and government units for protecting against risks and frauds. He also worked as the court certified expert witness for series of legal matters.

The entire events reflect his enriched experience earned in the huge professional career of over 45 years in military services. It also provides a glimpse of his confidence and knowledge obtained for serving the easy solution of a problem to a person or a firm.

His specialization in dealing with a large number of corporate issues came as the matter of great appreciation among business communities operating across Canada and United States. Presently, he has been providing most constructive activities of corporate investigations for protecting and nurturing the businesses of clients in the whole region. He has been providing best facilities to have below mentioned activities:

It has been our sincere effort to keep the cost of our corporate activities in the budgetary ranges. We know that this factor remains a bigger constraint before larger communities working in United States, which doesn’t allow the people to use costly services.

For knowing more about us and to use any of the abovementioned corporate investigation activity, you can contact us [email protected]. 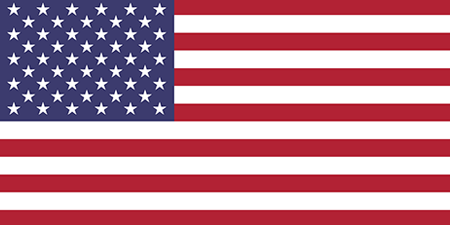